Rooted in academia, we aim to continually share information with the community in our areas of expertise.

You’ll find a variety of information on this page that can be used by students and educators, media personnel, researchers, or the general public! Can’t find what you are looking for? Reach out through our Contact Us page and we’ll do our best to help.

Knowledge is meant to be shared, so if you see something interesting, we encourage you to tweet, post, or email! Click the links below to be directed to the appropriate section.

About the Memphis Aquifer

Groundwater in the Mid-South

Shelby County, Tennessee is fortunate to get its drinking water supply from deep underground. The Memphis aquifer (also known as Sparta aquifer or Memphis Sand) is the primary water supply, with some wells pumping from the deeper Fort Pillow aquifer. If the land beneath us was cut southeast to northwest, you would get an inside look at the Mississippi embayment as shown in this diagram. The layers in tan/blue are comprised primarily of sand saturated with water: these are called aquifers. The aquifers are separated by the gray layers made of clay, a dense material that pressurizes the groundwater and protects it from contamination. When the clay is absent, the groundwater is more prone to contamination. The brown layer just below Memphis also contains water and is often referred to as the shallow aquifer. It is made of silt, gravel, sand, and clay deposited by rivers and wind. In each layer of the Mississippi embayment, the water moves at different rates and directions, which makes understanding this resource very challenging.

The light blue outline shows the boundaries of a vast groundwater system called the Mississippi embayment. It was formed about 70 million years ago when volcanic activities subsided, causing the land to cool and sink. A trough-shaped depression was left behind which allowed the ocean to wash inland. Alternating layers of sand and clay were deposited over millions of years that make up the aquifer system we rely on today. The total area covers portions of nine states! The darker blue outline shows the boundaries of the Memphis aquifer within the Mississippi embayment.

On the surface of this region there are many rivers and lakes, but the majority of water used in West Tennessee, Eastern Arkansas and Northern Mississippi is pumped from underground aquifers and used by residents, industries, factories, and farmers. It is a shared resource with many demands.

Groundwater from the Memphis aquifer is naturally filtered by the sand, very slowly over time. Most water pumped from the Memphis aquifer is over 2,000 years old with low levels of impurities. It’s protective clay layer acts as a barrier to the shallow aquifer, which is known to be polluted in places throughout Shelby County from decades of modern human activity. Over the years, researchers have discovered breaches in the upper protective clay layer where it is missing or thin. This creates a connection between the shallow aquifer and the Memphis aquifer that can impact drinking water quality. The map depicts 16 breach locations identified so far.

CAESER has been the primary source of new information about the Mississippi embayment in West Tennessee. Current investigations are underway to further map breaches and understand their potential water quality impacts to the Memphis aquifer.

The light green band running throughout West Tennessee in the map is an area where the clay layer protecting the Memphis aquifer is absent and sandy aquifer is exposed near the ground. This is called the “recharge zone” because it allows rain and river water to filter directly into the aquifer, replenishing it. Unfortunately, the rate of recharge is poorly understood and is difficult to measure. Is water extracted from the Memphis aquifer faster than it is naturally replenished? No other area in the Mississippi embayment directly recharges the Memphis aquifer from rainfall making West Tennessee a crucial component of this vast aquifer and its sustainability.

CAESER has launched a new project to estimate recharge to the aquifer. Understanding the complex, natural systems below ground is no easy task and research should continue to ensure there is a sustainable water supply far into the future.

This traveling water science museum is on hold due to COVID-19. The program is tactile and engaging – great for learning, but not for social distancing.  We are happy to announce two virtual tours! More virtual tours will be announced in the coming months.

Through Facebook Live, we will take you through the WOW Mobile to learn about the Memphis aquifer, water conservation, watershed science, the water cycle and more! The broadcast will also be available on this webpage. 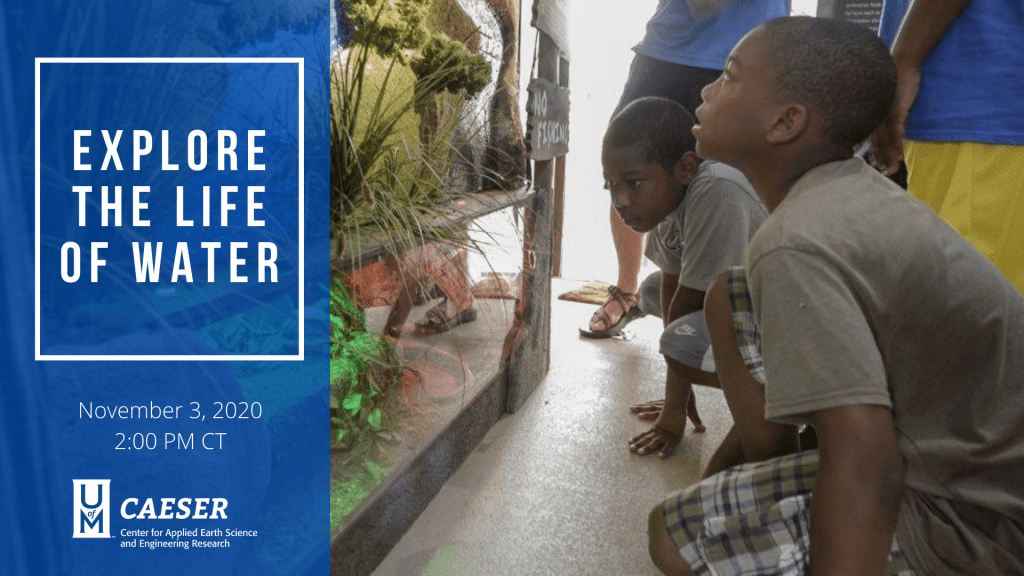 RSVP today to join us on Facebook Live on the dates below:

If you do not have a Facebook or are unable to access during work or school, come back here to view the livestream!

The purpose of this lesson is to build upon the knowledge students may already have about the water cycle and to further educate them on our local water source. In this lesson, students will learn about the Memphis aquifer, the source of their drinking water, and the effects of groundwater pollution through a hands-on activity. Each student will build an aquifer model in a cup to observe the water’s behavior before and after it is “contaminated”. We will introduce new vocabulary and encourage critical thinking. Students can use the information they learn in this lesson to teach their families and to make better choices regarding water conservation and pollution management. 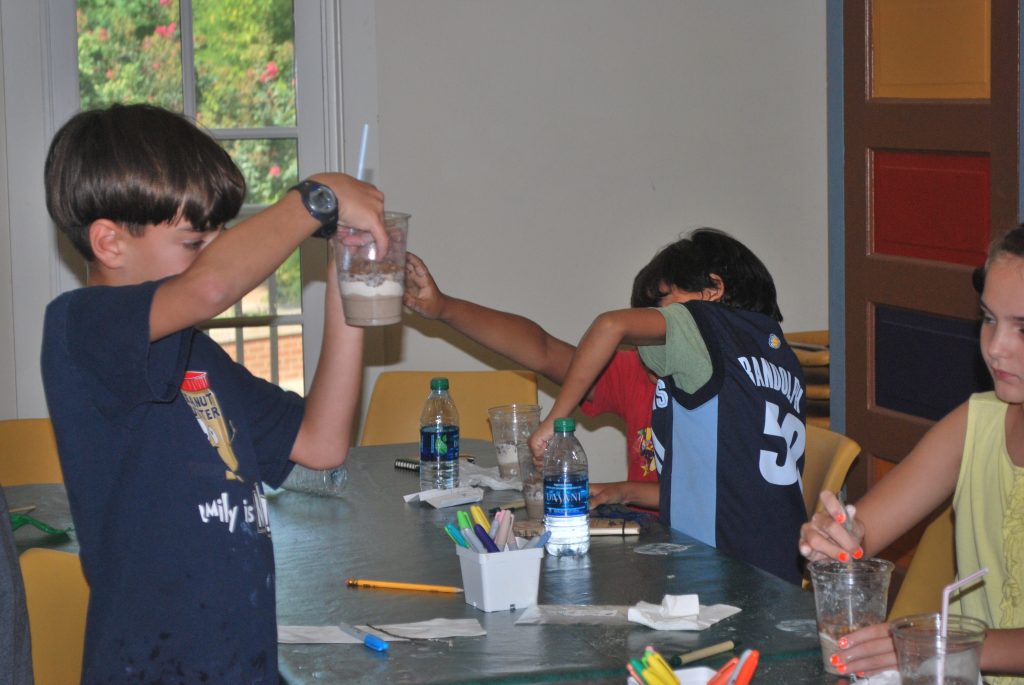 We aim to provide accurate information and research to all local and national news outlets. CAESER is the premier source of information on the Memphis aquifer in West Tennessee and other water issues. We also work with geographic information systems (GIS) and transportation logistics. Feel free to use any content on this website to inform your stories and visit our YouTube channel for other videos. We are happy to share b-roll, images, and graphics to make your story engaging and authentic!

Please reach out via email to caeser@memphis.edu or by phone at 901-678-5110 for any inquiries or interview requests.